I bought the screen from AliExpress and chose DHL and it arrived in less than 1 week. There is also a small toolkit for screen replacement operation. I don’t like the idea of heating up the screen and separating it from the mid frame, I bought the screen with the middle frame. Slightly more expensive but definitely recommended. Plus be careful about the earpiece grill. Some of the screens on sale on aliexpress don’t have earpiece speaker grill.

I’m not going to walk through how to disassemble opo because there are enough posts about it. My favorite one is iFixit’s teardown

I first replaced everything, well I thought I replaced everything to the new body, my phone was working great, touch screen was working, my ghost swipes were gone; however, the cellular signal was so bad. It was coming and going. Especially inside the buildings it was totally lost. I opened the phone again and realized that there is a small cable that is missed to be carried over to the new body. Check it out: 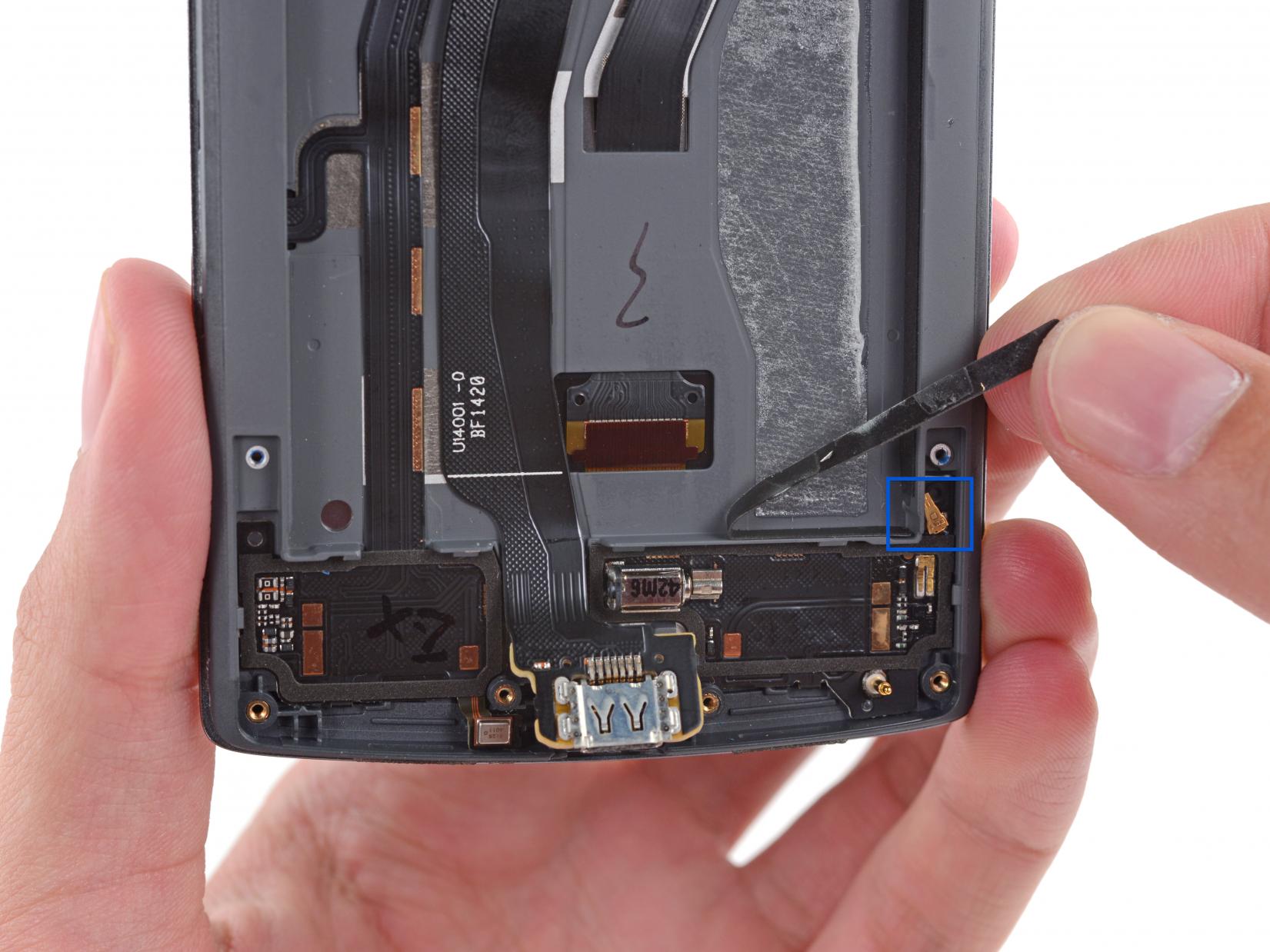 Follow the arrow, there is a small band, peel it and voila you can see that antenna cable. 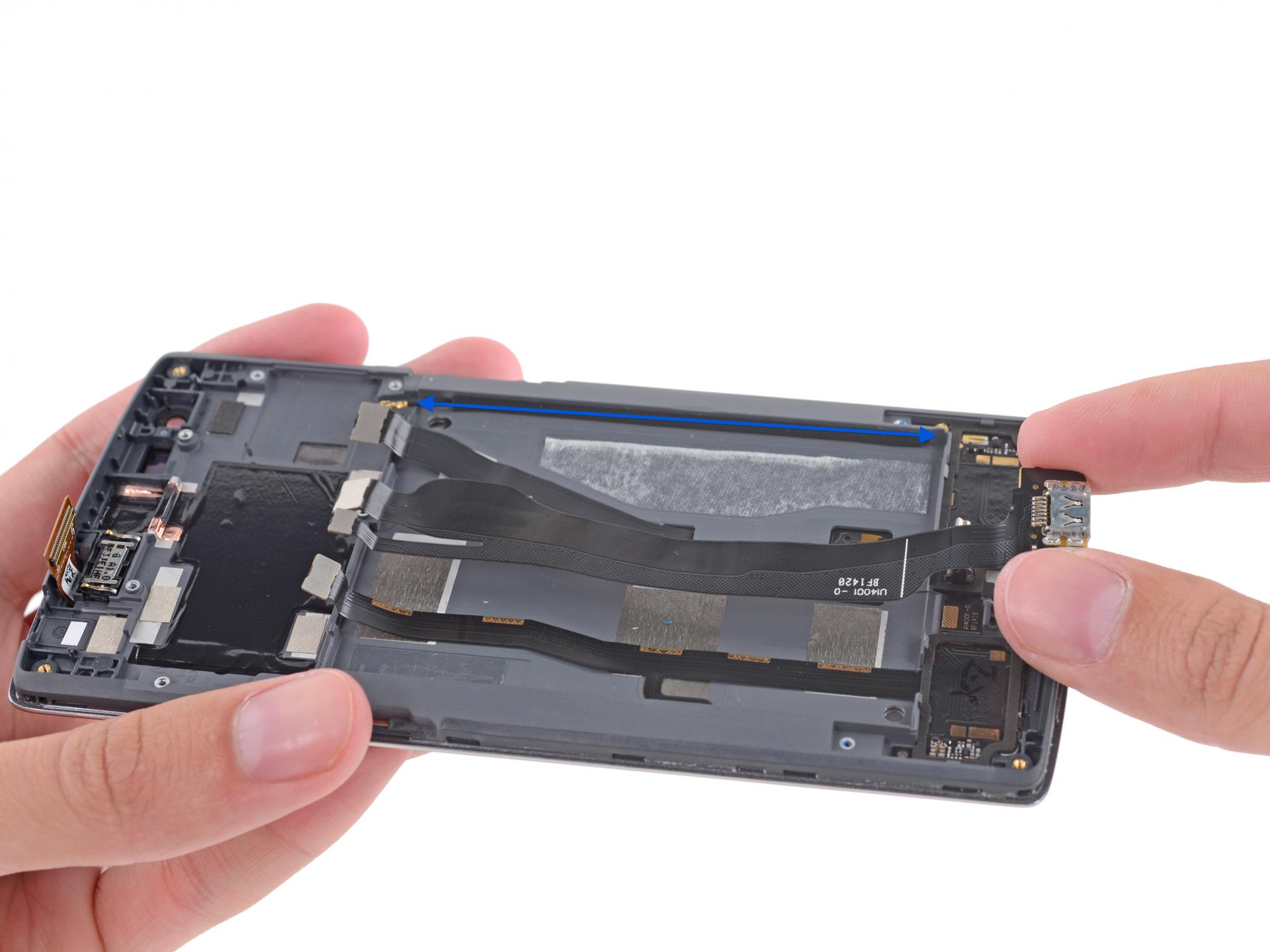 After connecting that one, cell signal losing problem is gone.

Problem with earpiece speaker - no sound during calls

I was happy that my phone is back but it wasn’t over. There was one last problem which is that my beloved earpiece grill was not working.

Don’t forget transfer this little guy which is the earpiece speaker: 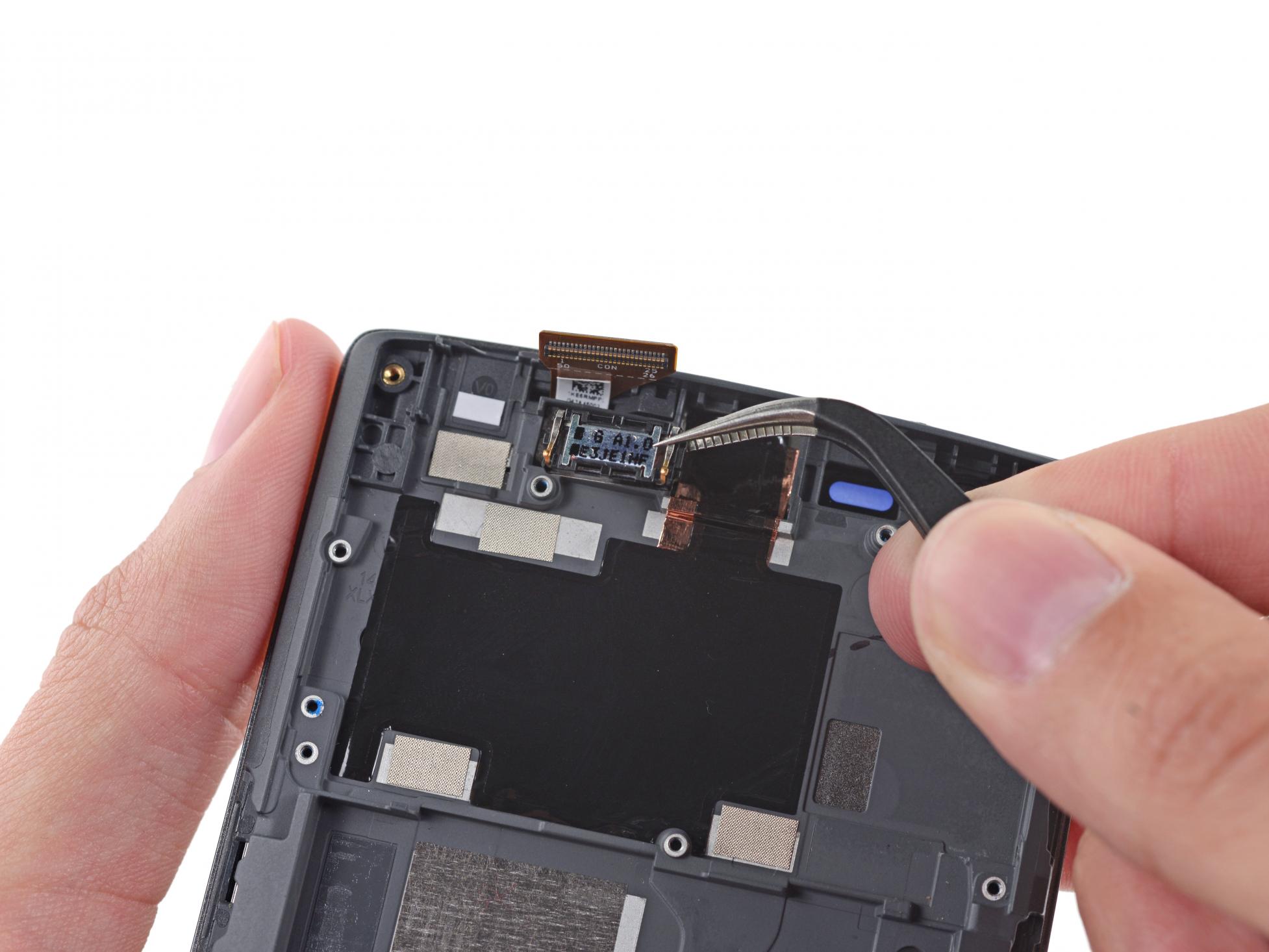 Even though I carried this, the sound was not coming during the phone calls. I opened the one once more and put that little guy horizontally 180 degree flipped. That actually fit better into the case however the typings on the speaker became in the counter direction. I tried it once more and voila it started to work.